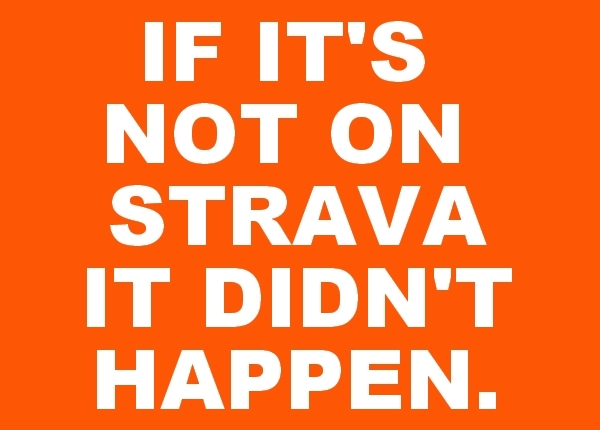 The Tranquillity of Solitude

Ok, now I know that last weeks stiff breeze was just a prelude, a dress rehearsal and a precursor for the main event, today’s sustained high winds. Apparently, according to the Met Office, 50 or 60 mph gusts are “very unusual” for this time of year. That’s good to know. Doesn’t make riding in it any easier though.

I could see the results of two days of tree-shaking blasts as soon as I stepped onto the pavement outside the house. It had given the neighbourhood trees a good thrashing and ripped off leaves to form a tattered, green confetti that had then been driven to shoal against the kerb at the side of the road.

The wind was unrelenting still and as I placed the bike on the road and swung a leg over the frame, I was being peppered with assorted debris, stripped from the trees and hurled down at me. This was going to be a little wild.

I decided I would set out and ride as much as possible into the wind to start with, try and get the worst bits over with and hopefully have a tailwind for the way back. It seemed like a decent plan, I’m just not sure I executed it all that successfully.

I picked my way carefully down the hill, the front wheel twitching a little nervously whenever the buildings and hedges opened up to let the wind scour through. Taking the turn ridiculously wide at the bottom, I turned upriver and into constant driving gusts. This’ll be a nice work out, then.

Crossing the river at Newburn, I started to climb up toward Throckley, stopping briefly to watch the bunting left over from the VE Day celebrations audibly snapping and cracking in the wind.

Past Albermarle Barracks and into the wide open expanse approaching Harlow Hill, I was getting the full force of the wind head-on, my pace slowed to a crawl and it was a real grind

Every hedgerow offer a little sanctuary, but every gap where a gate cut through was a potential trap, funnelling the wind through to unexpectedly snatch at your wheels and send you careering across the road. Even the cows seemed to have had enough and they were all huddled miserably in the corners of the fields, like boats driven from their moorings and piled against the shore.

The Military Road was much busier than the last time I’d travelled it and, struggling to maintain a straight line and facing increased speeding traffic, I bailed at Whittle Dene, taking to quieter and less exposed country lanes.

The wind didn’t seem to deter the anglers here, the lane was lined with cars and the lakeside with their owners, all hunkered down against the chill blasts and to all intents and purposes (but, who knows?) enjoying themselves.

From the reservoir I picked up a typical club run route, up to Mowden and Wall Houses and then through to Matfen.

It seemed like the wind had scoured all other cyclists from the roads, even on these well-travelled and popular routes. Where was everyone? I only saw two or three solo riders out and about – there was definitely no flouting of social-distancing guidelines today.

Just through Matfen and as the road passed through a small copse of trees I would say (without even needing to invoke my provisional poetic licence) that I could actually hear the wind roaring as it shook the branches overhead.

Pushing past the turn for the Quarry, I had a vague notion of dropping down the Ryals and looping through Colwell and around Hallington Reservoir, before heading home. It wasn’t the best thought-out plan, something I realised the moment I started the long, slow grind toward the village of Ryal. The wind, now full-bore and head-on, was driving a sputtering, stinging rain straight into my face as well as applying maximum drag. Hmm, this was unpleasant.

After what seemed a ridiculously long and hard slog, I finally crested the hill and started the long drop down the other side, relived just to be able to freewheel a little bit – I had no intention of pushing hard, that seemed suicidal.

As it was, I can honestly say I’ve never had a less enjoyable traversal of the Ryals, even when travelling the other way, up its damned slopes!

The wind was an immense, bellowing, battering force, blasting cold rain straight at me, while intermittently trying to wrench the front wheel sideways. I fought the bike all the way down until the hedgerows closed in on either side of the road and offered some relative calm and still air. If I’d thought about it, perhaps this was the day I should have been riding up the Ryals and aiming for a wind-assisted PR.

I re-assessed things at the bottom of the climb, noting the weather had turned ominously grey and suspecting it was closing in, I changed plans, cut my intended route short and started to climb out through Hallington.

I then picked up the road through Little Bavington, followed by a fast run down the side of the Blyth valley toward Capheaton. I stopped here to munch a cereal bar and worry some sheep, before pressing on and running down toward the Snake Bends and Belsay, right down the white line in the middle of the road as the surface is so crappy to either side.

Then again, I did spot 3 or 4 huge mounds of stone chippings piled up at the junction with the road from Wallridge. Does this mean they’re going to resurface this stretch? That would be nice, it would also make the run-in to one of our regular cafe sprints much less of a tooth-jangling, jolting, jarring horror show. We live in hope.

I swept through Belsay, noticing the cafe was now open, for takeaway’s at least, then it was Ogle, Ponteland and home.

Back in the shelter of the house, my day ended on a low note when I dropped my Garmin directly into a fresh mug of tea, where it did a passable imitation of a mini depth-charge. I know they’re supposed to be water-resistant, but this was a real test of concept.

Rescued and exiled to a bag of rice to dry out for a couple of hours, I turned it on with some trepidation. All seems to be working fine, but my ride file had somehow been corrupted, or in Strava terminology, “malformed”.

Luckily for me I’m still using the Road ID app so the family can track and trace me when I’m out on my lonesome, enjoying the tranquillity of solitude.

So, while officially this ride didn’t ever happen and will never pad out my Strava statistics, at least I know where I’ve been.

BTW – the Road ID app is totally free, and is an invaluable safety net for lone cyclists – and I don’t just mean when Strava fails them. I even seem to recall reviewing it 5 years ago! https://surlajante.com/2015/10/14/the-road-id-app-review/

Ooph! that makes me feel old …