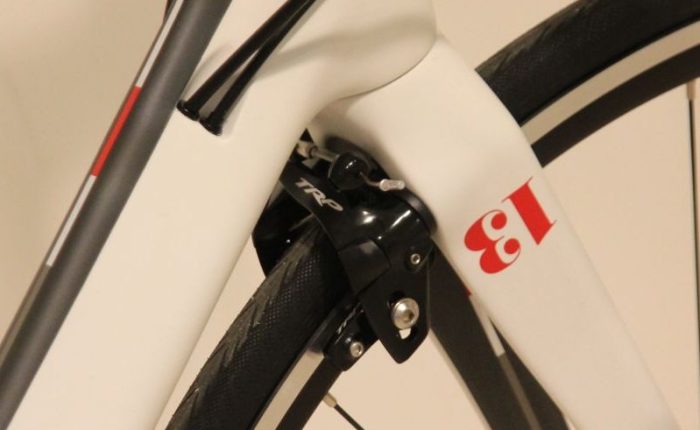 On Saturday I completed my longest ride of the year while still managing to get home half an hour before I usually would. Logic dictates then that I must have been travelling at a faster rate than normal and a quick look at Strava confirms this.

I had in fact ridden a full 3.6km/h faster than my average across the past 7 rides, despite also taking in an above average1,173 metres of climbing. I’m pretty sure my bike manufacturer (were they still in business) would be delighted to claim this is entirely due to the carefully designed aerodynamic optimisation of the 13, which I’d switched to with the Holdsworth being temporarily hors de combat.

That though would be ignoring the much more obvious explanation that, overwhelmed by civic duty, I’d let myself be drawn into the first (faster) group and been dragged along at such a pace that even bookending my ride with a 20+ mile solo pootle from home and back still gave me a stupidly fast overall time.

So, a quick ride and a (very) quick update…

The day started in the normal way, with copious amounts of nonsense. Brassneck proclaimed he’d invested in a new, untried and untested saddle, with all the inherent risks involved in using it on a long maiden voyage should it prove uncomfortable. This (of course) led to a discussion of whether there was a potential opportunity to offer a bespoke saddle breaking-in service, using a bunch of … err, larger-boned blokes shall we say, to liberally baste your new saddle in ass juices and thoroughly tenderise it with their bashing and clashing buttocks.

Throughout this discussion Mini Miss looked on with only a slight trace of disgust – well, certainly less than the previous week when she’d been informed by OGL her special task for marshalling duties would be to cover “a large exposed manhole,” without ever receiving an adequate explanation of just whose man hole he was talking about.

It was at this point that things started to go a little awry. Aether briefed in the route, basically an elongated figure of eight running north and south, with Kirkley as the nominated cafe stop of the day. We had sufficient numbers to split into three groups, but could barely muster four for the first group, so along with fellow sacrificial pawns (prawns?) Alhambra and Richard of Flanders, I bumped down the kerb and added my weight to the numbers. What was I thinking?

I spent the first half of the ride catching up with Alhambra as we negotiated a whole series of temporary traffic lights before finally managing to find some more open roads. A brief shuffling of the pack saw G-Dawg on the front alongside a relative newcomer, a triathlete and all-around big unit intent on keeping the pace up. I slotted into second wheel behind the Big-U and alongside Homeboy, where I half-jokingly mentioned my disquiet at being in the front group, the one consolation being that at least I’d found the perfect body to shelter behind. Homeboy assured me I was in the right group, reminding me we were going to the cafe at Kirkley so being among the first to arrive was imperative if you wanted to avoid the interminable queuing. It was a fair point and surely worth a bit of suffering for.

The Big-U finally burned out G-Dawg and he ceded the front on a stiff incline heading out toward the Gubeon. I took his place and stayed there until we started to climb toward Dyke Neuk where I slid back to take things at my own speed, mindful we had a hatful of hateful other climbs to go.

The first was the long drag up to Rothley crossroads, followed by Middleton Bank, both somewhat eased with patches of new tarmac (but still hateful). We regrouped at the top of each and pressed on, quickly homing in on the cafe.

Naturally, the pace at the front got whipped up and I was at the back desperately trying to close gaps as we swept through the Kirkley Hall junction, powered round the bend … and were brought to a sudden stop by more temporary traffic lights.

“I love these bloody lights,” I countered, there was now no time to open up any big gaps on the last few hundred metres to the cafe, where we did indeed enjoy much better services than the rest of our group who trailled in several minutes behind.

As usual conversation was thoroughly randomised and the typical diet of stuff and nonsense. It ranged from whether “arse bones” was an acceptable term for your ischial tuberosity, or “sitz bones” (a term I can’t use without immediately thinking of Lolcats), through to further accusations that Lance Armstrong was guilty of mechanical doping (in addition to being illegally jacked up on numerous pharmaceutical compounds, I guess.)

And then we were away again and the pace was still high until the group turned left and I swung off toward home. So, that wasn’t too bad, I suppose, I survived and the first group could be handy if you want to get home a little earlier. Next week?