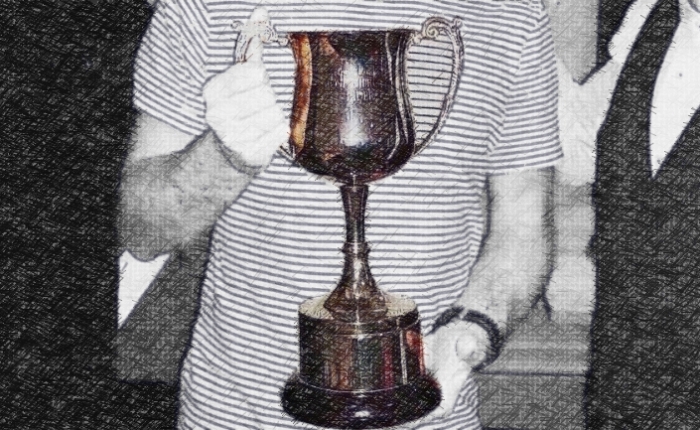 Saturday had me missing the club run in order to fetch Thing#2 back from Term#1 at Leeds University. All kudos is due the gallant 10 who did make the ride, in very chilly and quite unpleasant conditions.

As the snow, sleet and freezing rain set in later in the day, there was a further club gathering of a different kind, the Annual Club Christmas Party and Awards ceremony. Or, yet another excuse for an extended period of doing what club cyclists do best – talking complete and utter bolleaux.

This was held in conditions that were actually worse outside than anything experienced on the ride that morning, so kudos to all who trekked through the weather and made it such an entertaining and enjoyable night. Extra kudos, of course, if you did both the morning ride and that evenings soiree.

Despite the weather, it was a well attended event with around 30 riders and their significant others and a good time was had by all. (As far as I’m aware.)

Things I think I learned:

The highlight of the night were the Peroni Awards – (The Peroni’s™ – not to be confused with the Oscar’s™ which are far less feted, less important and significantly less controversial).

The Peroni’s were ably hosted by Crazy Legs and G-Dawg, reminding me of two ex-professional footballers turned-pundits (think Gary Lineker teamed with Robbie Savage) and performing as perhaps the finest myopic double-act since the Two Ronnies.

Ticker won a Peroni for having the loudest wheels in the peloton, Aether for the whitest legs, Goose for a voice that could wake the dead and the Red Max for “furious and relentless half-wheeling”.

I was granted an award for what Crazy Legs referred to as my wordsmiffery – the Rumpelstiltskin in Reverse award – demonstrating an innate ability to turn comedy gold into straw. (Then deftly mix it with liberal lardings of bullshit before launching the whole mess blindly into the public domain.)

Taffy Steve received the most acerbic comment award, but unfortunately couldn’t attend and express his overflowing joy at such recognition. No one felt capable of stepping into his shoes to deliver a terse, witty and suitably blistering acceptance speech.

The self-effacing, “I am Richard” Identity Theft award deservedly went to Richard of Flanders, who can now perhaps reclaim his name from all the weekly route briefings.

I think the, “for those of you who don’t know me, I’m Richard and this is the route for today” refrain has probably run its course, after being hijacked by a wide variety of impostors and used with impunity for about 6 weeks in a row.

It has also caused some unnecessary confusion, with Jimmy Mac being referred to as “that Dick feller” on a couple of occasions. Of course, in relating this, I’m discounting the (highly unlikely, surely?) possibility that they are acutely aware Jimmy Mac’s actual name and are simply attempting to describe him in the most accurate terms possible.

In amongst the fun and frivolity there was even the opportunity to bestow the official, club recognised and actual trophy-laden award of Most Improved Rider, thoroughly deserved by the winner, Buster.

There was also a quick salute to the tireless efforts of the behind-the-scenes team, all the Grips, Gaffers and Best Boy’s, whose too often thankless and sterling efforts underlie our seemingly effortless productions:

Crazy Legs for organising the club 10 mile time-trial and the Club Dinner, G-Dawg, Crazy Legs and Big Dunc for timing and starting duties at said time-trial and the Hill Climb, plus all the marshals at all the events, Rick Rex for organising the club 25-mile time-trial, the Red Max for the midweek Circus Maximus (Natural Selection) ride and the Circuit Maximus (Chain-gang), our volunteer weekly ride leaders: Crazy Legs, G-Dawg, Spoons, Richard of Flanders, Taffy Steve, Aether, Jimmy Mac, the Hammer and the Red Max and last, but not least, our monthly social nights organisers G-Dawg and Crazy Legs.

Not forgetting of course, the elephant in the room, or in this instance not in the room, the absentee OGL, for all the bits in-between, as well as bringing that extra ray of sunshine into our lives and being so compliant and accommodating of those who think the club could perhaps be run a teeny bit better.

All this just supports the obvious conclusion that a club is the sum of its disparate, different parts and only ever as good as the people it represents.

So onward we go. Next up is the traditional Christmas Jumper, Bling Yer Bike and Fancy Dress ride. Then it’s downhill-with-a-following-wind, all the way to the end of December and a brand-spanking new year.