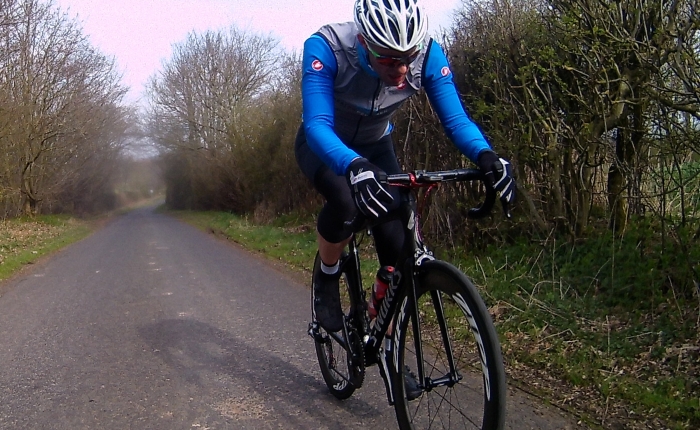 As 2019 dragged it’s scabrous, rancorous and rotting cadaver to a close, slouching toward another shiny new decade we could all gleefully defile, severe self-doubt seemed about the best emotion I could muster.

Pressure at work ratcheted up, my parents started to shrink, fade-out and intermittently disappear, to be replaced by incomprehensible and faltering strangers (don’t get me wrong, they’ve always been bat-shit crazy, but this personality-void is incredibly disheartening) and the entire world seemed in the grip of pernicious, venal, self-serving, morally bankrupt shysters and psychopathic killers, supported by a host of blinkered parasitic enablers and deranged acolytes. What a shit-show.

Foolishly, I began to wonder what was the point in churning out more self-indulgent, bloviating frivolity about piloting a bike round and round in circles and, like any sensible, rational human-being, I reached the conclusion that there was no point.

I decided to take an indefinite break from blerging.

A new year rolled in dragging with it waves of extreme weather, intense storms, hurricanes, fires and floods, war, famine, more genocide, violent displacements, wild destruction, plagues of locusts, plagues of … well plague and a growing sense that not enough people in the right places care that we seem to be accelerating toward some, as yet undetermined, catastrophe. Things are bad and not likely to get better anytime soon.

I’m not so much worried about the fragility of nature, but its utterly implacable, indiscriminate fury and at the moment it seems to be raging. I’ll continue doing what I can to be a good citizen, but I’m conscious it’s never going to be enough and I’m not sure what else I can do.

So, having considered all the options, I’ve found I’ve only got one answer, more self-indulgent, bloviating frivolity about piloting a bike round and round in circles…

Saturday morning then, crisp, chilly and a bit blowy, but nothing like the gale force winds that have scourged club rides seemingly every weekend for a month and a half.

Not that I would know, I missed all of that. I’ve been slowly recuperating from an unknown, malign and pernicious virus (probably not that one) that’s kept me off the bike for 5 weeks. This is my first club run back, although I (just about) managed to commute to work Wednesday, Thursday and Friday. This was enough to convince me of the truth of that old adage that it takes 6 weeks of activity to reach a tolerable level of performance, but only 2 weeks to lose any semblance of fitness.

Hills in particular were an issue, my lungs felt as though they were stuffed with wet cotton wool and it took real effort to gulp enough air down, through whatever was constricting them. If I wanted to be dramatic (hey, why not?) it was more akin to slow drowning than asphyxiation.

When Aether posted up the route for the Saturday ride, including an assault of the Mur de Mitford, a clamber up the not-Trench and then a scamper up Middleton Bank, I knew I wasn’t up to it and considered a few options.

I was thinking about driving across to the meeting point to cut down on the total distance and even wondered if I’d be better on my single-speed, with its in-built pace inhibitor (the rotational speed of my legs) in the unlikely event I got carried away. In the end though, Sneaky Pete, suggested he was up for escorting the frail and infirm and would use all his sneaky prowess to find us a particularly sneaky route that would sneakily avoid all the big climbs. Top man.

So, Saturday morning, first thing and, after a long, long absence, I’m out and piloting the Pug down the Heinous Hill en route to the meeting point. I can tell it’s been a while, because it’s already fully light and the last time I travelled this route, I had a grandstand view of the sun slowly rising.

There was little of note on my traversal of the valley, some new traffic lights, a busy flotilla of boats on the river and one or two new potholes to memorise and try to avoid.

At the meeting point:

I rolled into the meeting point to find the Cow Ranger studiously transferring grime from his bike frame onto his gloves, evidently in anticipation of a snap inspection by OGL.

He’d surprised himself by being the first to arrive, despite returning to the house twice for extra layers, as he realised just how chill it was out.

He needn’t have worried about his bike passing muster either, as G-Dawg was the next to arrive, along with news that OGL wouldn’t be out as he was suffering with some kind of bug, although apparently not “that one.”

Nevertheless, G-Dawg had tried to persuade him to self-isolate for 6 or 7 weeks, just as a precaution.

Well, it was worth a try.

We checked in with our front-line warriors in the fight against Corona virus, Alhambra and the Cow Herder. Both suggested things were hectic and a little haphazard, but we were coping. For now.

The Cow Herder confirmed he’d received his Government issue plague mask and was preparing his own selection of prophylactic herbs to guarantee his immunity. His only regret seemed to be he couldn’t wear the mask on the bike.

I’m sure I heard Alhambra say something about breeding more leeches too, but I may have been mistaken.

With just 18 of us out (Richard of Flanders would later join at Horton Grange) we decided to travel in one group. Aether briefed in the route and away we went.

I had a chat with Spoons as we got underway, before drifting back to find Sneaky Pete as we hit our first test of the day, Bell’s Hill. I survived that, but was as breathless at the top as I had been when I first joined the club 9 long years ago. Had I regressed that far?

We pressed on, wending our way through Mitford and across the bridge before climbing to the junction. Here the group turned right to descend and test themselves on the Mur, while I followed Sneaky Pete as we turned left and sneakily sneaked away.

The day was busy with multiple groups of cyclists buzzing past and everyone in good cheer. The pair of us rolled along companionably and it wasn’t until we reached Dyke Neuk that we realised that neither us had any particular proclivity to dictate our route to the cafe.

I tentatively suggested the right hand turn, so that’s what we took and luckily Sneaky Pete has an aversion to Middleton Bank, so at the next decision point there was no prevarication and we went left toward Angerton.

By the time we started to scramble up the hill to Bolam Lake I was heavy-legged and hurting, trailing along behind and looking forward to much needed cake and coffee.

I hauled my protesting body up the final climb and rolled into the cafe. Both done and done in.

Parked ostentatiously, right outside the front of the cafe was a slick-looking, low slung, Dolan time-trial bike, with a solid disk rear wheel and tri-spoke front.

“What sort of idiot would bring a bike like that out on a day like today?” we both mused.

We stepped into the cafe to find exactly what sort of idiot would bring a bike like that out on a day like today. The Colossus was sitting at the first table, avidly devouring a bacon sandwich and it was his mean machine.

I was somewhat surprised the Colossus was out at all, he’d fallen out of love with cycling back in the summer and the only time I’d seen him since was for the Christmas Jumper ride. (I suspect he couldn’t resist one last opportunity to squeeze himself into his stripy elf hot pants.)

I wondered if this was a prelude to him taking up time trialling, but apparently not, he’d just always wanted to have a go on a proper time-trial bike and with his first ride on it today, he’d taken the opportunity to scratch the itch.

“Well, I’ve done it now, so I can probably just hang the bike on a wall and forget about it.”

I think he was joking.

We learned that he’d bought the bike, barely used, from e-Bay, the previous owner being an avid mountain-biker, who’d decided to give time trialling a blast, dropping a few grand on all the right kit … before quickly backing out and deciding he hated it. People is odd.

The only real drawback for the Colossus was the bike was located in Wales, so he’d had to drive down to collect it, through the teeth of Storm Ciara. The Met Office had declared nothing but essential travel was allowed, so at least the Colossus could justify the journey and contend it was officially sanctioned. Sadly though, he didn’t have the opportunity to test-ride the bike during the raging storm, that could have been interesting.

Aether and G-Dawg, joined us at the table, G-Dawg bringing lurid tales of people blatantly stealing toilet rolls from restaurant toilets, seemingly just to confirm my earlier contention that people is odd.

I also learned that menthol cigarettes are due to be banned as a “gateway” to … err … proper smoking? I wondered if menthol cigarettes might be useful for clearing the airways and why Chris Froome hadn’t given them a shot before major time trials. I couldn’t help thinking it would be a much cooler look than pedalling away on rollers with a cotton wool bung soaked in Olbas Oil jammed up each nostril.

Sneaky Pete decided to sneak off early, so I joined him for the ride back at what I hoped would be a fairly refined pace. I actually thought we’d successfully make it home and dry, until we rounded the corner just before the Kirkley Mill stables and ran through an elongated stretch of flooded road. Instant soaked feet.

Luckily the rest of the ride was without incident and before long I was thanking Sneaky Pete for a most agreeable ride, before swinging away to plug my way home.

I was seriously tired and it was slow going. I was now in survival mode and on one of those rides where every enforced stop at a red traffic light seems like a beneficent gift. Although still chilly, it looked like Spring wasn’t too far away, with the bright purple and white heads of tulips spiking the grass as a promise of better weather to come.

I had a quick chat with a few other groups of cyclists as they swept effortlessly past my labouring form, then I was turning to climb up the Heinous Hill and wondering just how slowly I could crawl up it without actually toppling over. (The answer is, pretty damn slowly.)

That was hard. Surely it’s got to be easier next time?