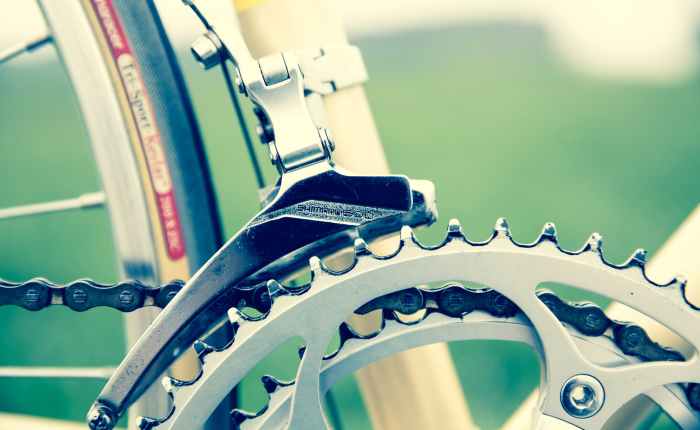 Saturday found me up and out early for, barring catastrophic bike failure, an early rendezvous with Crazy Legs to hand over his new long-sleeved jersey. This item was rolled into a tight cylinder and stuck into a jersey pocket, taking up so much room that I couldn’t fit a light rain jacket in there too, so decided just to wear it for the ride across to the meeting point. As soon as started to pick up momentum, running down the Heinous Hill, I was glad I had the jacket on, it was much, much colder than it had first appeared and I shivered my way to the bottom.

I made it to the rendezvous with time to spare and perched my backside on the wall, soaking in some early morning sun that, in the microclimate of the Regent Centre Bus Station (sorry) Transport Interchange, at least managed to take the edge off the chill.

Being there early for ulterior motives, both Crazy Legs and I had the pleasure of once again meeting up with our lost brethren of the new splinter cell, the Judean People’s Front, as I think they want to be known. Only half a dozen strong this week and conspicuously sans the Prof.

Crazy Legs referenced a previous splinter cell, the Early Morning Crew, or Ee-Em-Cee and suggested the new rebels could do a lot worse than calling themselves EMC2. I laughed, but they weren’t buying. Oh well, at least it gave me an agreeable Big Audio Dynamite earworm for the rest of the ride.

We then had a bit of an issue explaining to an old new guy, or maybe he was a new old guy? Perhaps a bit of both, exactly what was going on. He apparently used to ride with the club many, many years ago, but had since moved to Scotland. Now back to visit relatives, he’d thought to once again share our ride for old times sake. I’m sure none of these shenanigans came as a particular surprise to him as I’m pretty certain our club politics haven’t evolved at all in the years he’s been absent.

It wasn’t long before we had a group of 20 plus stacked up, including Szell, uncharacteristically breaking his winter hibernation and no doubt supremely disappointed to learn that his his bête noire, Middleton Bank, wasn’t on our route as we’d ridden it last week.

With bikes and bodies stacking up, Crazy Legs chivvied together the semblance of a medium-paced group and we got out of Dodge while the gotting was good.

I joined Crazy Legs, along with Aether, persistent new guy, James III, Taffy Steve, the old new guy and another new guy. There were 7 of us, but who’s counting. A bit further along and while paused at traffic lights, yet another rider tagged onto our group and rounded our number up to eight. Well, if we were going to break the rule of six, might as well be hung for a sheep as a lamb.

The interloper would prove good company and we spent a while talking about and admiring his smart, steel-framed (and eye-wateringly expensive) Jaegher Interceptor, apparently Tom Boonen’s bike of choice these days.

Things were going smoothly until one of either Aether or Crazy Legs had a brain fart. One of them went right at a roundabout, the other ploughed straight on and they came together like the bouncing balls of a Newton’s Cradle, or Clackers, if you can remember that far back, bumping together and rebounding violently away again. Luckily both managed to remained upright until they regained control and we pressed on somewhat chastened.

Slight amendments to the route due to road works had us travelling through Ponteland and then up Limestone Lane. Another of our groups caught and passed us just before the junction, where they swung right, while we kept to the planned route and turned left.

We passed them again, just past Stamfordham, heading in completely the wrong direction, and then once again travelling back from the Ryals as we followed the correct route toward them.

“Are they lost, do you think?” Crazy Legs pondered.

“Probably looking at the route map upside down,” Aether chuckled.

We zipped down the Ryals then clambered back through Hallington, where the wet roads suggested we missed a heavy rain shower and provided all the vindication Crazy Legs needed to affirm his decision not to ride the much cossetted Ribble was justified.

We then took the run along the fell side toward Capheaton, with one last, sharp climb to set us us up for the long, fast and slightly downhill run to the café at Belsay. As we swung onto this road we passed Homeboy, out for a ride with a colleague and briefly paused at the side of the road. Crazy Legs directed what was intended as a comradely pat on the back toward Homeboy, but increasing momentum and inaccuracy turned it into a full force rabbit punch to the kidney’s. Ouch, that had to smart.

Rattling along beside Crazy Legs in Taffy Steve’s wake, with the speed slowly building, he nodded his head forward at the muscular exertions going on in front of him.

“He’s going to go for it,” he predicted.

“Definitely,” I agreed, “Now all the pesky hills are out of the way.”

Sure enough it wasn’t long before Taffy Steve jumped away, Crazy Legs responding immediately, the pair quickly opening up a sizable gap.

I tried towing the rest across, but it was hard going and into a headwind and momentum died before the catch was made. Luckily the Interloper swished past, I dropped onto his wheel and we finally bridged over. Past the West Belsay junction and Taffy Steve jumped again, I hauled myself around Crazy Legs and jumped out of the saddle, slowly winding him in, until he faded and I scooted past, only for the old new guy sprang out from where he’d been sheltering on my wheel and nab the glory.

Queuing in a socially distanced sort of way outside the café, we got talking to the 4-Mile FNG and learned he was a both a Texan and in the UK teaching psychology (not that the two are in anyway mutually exclusive.)

Taffy Steve recalled having an office next to the Psychology department on one university campus and how this was when he realised Estate Manager’s could have a sense of humour, when they stuck a big sign up saying, “This Building is Alarmed.”

We talked race positioning and saving energy when the FNG returned, citing Zardoz for our master-class group, Zardoz, while the 4-Mile FNG lauded various Dutch women for perfect positioning in sprint finishes. He didn’t know there names but he was sure there were several van-something-or-other’s in their number.

“Of course,” OGL interjected, “the best sprinters of all time were Dutch…” Barely pausing before adding, “Hertz van Rental and Avis van Hire.”

Once again G-Dawg had pressed Mrs. G-Dawg into providing taxi service to the café so he didn’t feel too left out of proceedings. He reported that he has new wheels, but I don’t think his NHS cast iron wheelchair is quite up for a club run. Nevertheless, it has allowed him some opportunity to take his two Labradors for their required walks. I had visions of them pulling him along at speed, like Ben Hur in his chariot, but he said the reality was that if he wanted to head north, then one would always run off due east, while the other headed directly west. Sounds like they’re as difficult to control as a bunch of cyclists.

It was cold in the café garden and even colder back out on the road again and halfway to Ogle we were caught in a sudden, sharp shower, just prolonged enough to soak everything and leave us even more chilled. With Crazy Legs complaining about his frozen face, we moved onto the the front on the climb of Berwick Hill and pushed the pace to try and warm up.

We were still there and it was almost working by the time we’d clawed our way past the airport and had thankfully stopped raining by the time I’d pushed on through the Mad Mile and gone solo.

Conditions improved and it was a relatively pleasant ride back, climbing up the Heinous Hill with just a little more energy than usual and finding I’d clocked up over 110km.

While emptying out my pockets I noticed I had a missed call from Patrick at Brassworks Bicycle Co. They’d managed to extricate enough of the carbon fibre seatpost on the Holdsworth to get a new one safely installed and now just needed a saddle so they could check and cut the replacement seatpost to size. Bugger. Oh well, no time like the present, so I grabbed the saddle, stuffed it in my back pocket and headed out again. I remounted the bike and dropped back down the Heinous Hill to the workshop at Pedalling Squares, not really looking forward to the prospect of climbing it twice in one day.

By pure chance, the replacement seatpost proved to be exactly the right height, so no cutting was needed and so I now have two serviceable good weather bikes and a shed that is getting uncomfortably crowded. Something will have to go.