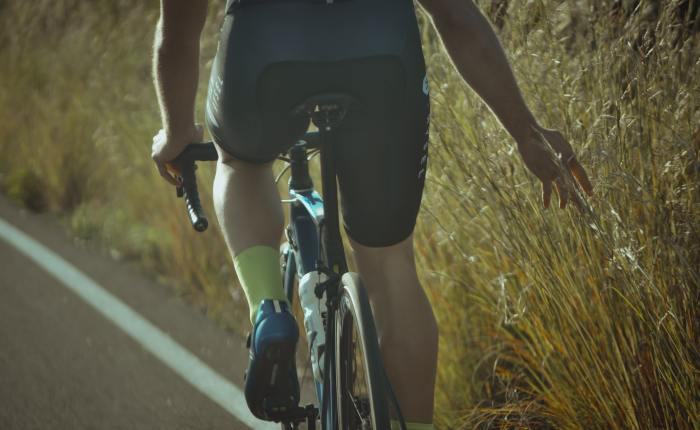 It was the Cyclone sportive this weekend, but there didn’t seem much appetite for a mass-participation event that would allow gasping strangers to breathe all over you, even if it was in the fresh, open air of Northumberland. Too early. Add to that the Scots and Yorkshiremen amongst us have a natural aversion to paying good money to ride the same roads they ride for free every weekend and there were very few up for participating , although G-Dawg was unluckily roped in to help with the organisation on the day.

That left a good number looking for a normal club run, so Aether planned a ride that would, for the most part, avoid the Cyclone route. Meanwhile Taffy Steve and Red Max were offering up their traditional Anti-Cyclone, a chance to ride parts of the course and take advantage of the numerous market stalls and church halls that were preparing enticing spreads to attract in hungry cyclists and lighten their wallets and purses.

I made it across to the meeting point in good order, where I found Taffy Steve rubbing his hands with glee and already contemplating all the coffee and cake he was going to consume on his Anti Cyclone. I figured he was going to end up dangerously hyperglycaemic and so wired on caffeine he probably wouldn’t sleep for a week. And he happily agreed.

We’d gathered under the eaves of the multi-storey car park, ostensibly to be a little more discrete, but perhaps because of the superior acoustics so we could appreciate the full resonance of the Ticker’s ridiculously loud Hunt freewheel as he rolled up. I heard him coasting in from about a 100 metres away and didn’t even have to turn round to know exactly who was approaching.

Moments later, when Buster arrived with a twin, equally ostentatious freehub, again courtesy of Hunt, I wondered if we could somehow tune and synchronise the pair so they would anti-phase and act like noise-cancelling headphones. The Hunt owners were naturally horrified by such a suggestion.

Aether briefed in the ride, which would take us down the Tyne Valley and out to Corbridge, safely removed from the Cyclone route and following a previously suggested ride that we’d had to alter because of roadworks just before the town. There were around 20 of us gathered and we set off with the intention of forming into two groups, but once the Anti-Cyclone riders were taken into account, we all merged into one single, biggish ride instead.

I took to the front with Caracol and off we went, although initially slowed when Spoons dropped his chain and then by roadworks and traffic lights that had us threading through the streets of the Kingston Park housing estate to avoid long queues.

For a change we had decided to take the Twin Farms turn just beyond the rugby stadium, up the long drag past the golf course that features on all my rides home. From there we started heading west, up the climb of Penny Hill and I dropped into second wheel alongside erstwhile FNG, Brassneck.

Regrouping after the climb, we took a left hand turn to head toward the river and, with a shuffling of the pack, I found myself on the front again. “This is going to work out perfectly,” Brassneck decided, “Up this climb and then it’s downhill all the way to the river. It’s the ideal time to be on the front.”

He wasn’t wrong either.

Our relatively easy stint up front completed, we dropped back just before Ovingham and I was still pretty much there, enjoying the view of our entire group in front of me as we swooped into the quiet market town of Corbridge, in my imagination at least, like wild Visigoths storming the streets of Ancient Rome, or a bunch of dirty, despicable bandito’s raiding a poor Mexican pueblo. I swear one or two of the good denizens of this picturesque burgh looked at us with fear as much as curiosity.

My concerns about being lost in the mean one way streets of Corbridge were unfounded, as we sailed in and then almost immediately out again and began to climb out of the valley bottom up Shibdon Hill. It was here I was treated to the remarkable sight of Spoons unclipping and repeatedly smashing his heel into his recalcitrant front mech, like a motorcyclist trying to kick-start his bike. Whatever works, I guess, as I assume he found his inner ring.

I made my way gradually though the group as we climbed and stayed near the front until I followed Caracol down a wrong turn and we were called back by Aether. From front to back in one easy move. As we entered narrow and overgrown lanes I was chatting to Caracol about Cycling Tips’s Secret Pro and his latest column, which suggested Peter Sagan was disliked in the pro ranks as … well, as a selfish arse, who often caused crashes.

Just then a car sped around the corner up ahead, there was an emergency application of brakes, Caracol nudged into my rear wheel and did a slow motion forward roll across the tarmac. I wobbled but stayed upright and felt I’d perhaps done enough for Caracol to label me a selfish arse, who often caused crashes. Sadly, that’s where any similarity between me and Peter Sagan end.

Caracol picked himself up and dusted himself down. There didn’t seem to be any lasting damage and we pressed on. Past the reservoirs and into Stamfordham, I was surprised when ahead of us, James III seemed to suddenly conquer his natural aversion to inclines and burst off the front, opening a sizeable gap and absolutely killing it on the hill … until he managed to ship his chain and ground to a halt just before the summit, cursing as he was forced to resume his more traditional place toward the back.

Through Ogle and I fell in alongside Plumose Pappus to hear about OGL’s absolutely outrageous claim to have invented the stotty, or stottie cake, the Geordie flat disc of bread, traditionally made from left-over dough and baked on the bottom of the oven. I know OGL is old, but he’s not Methuselah. Local chef Terence Laybourne could recall his mother making stotties during the Twenties and Thirties and I suspect they were around a long time before that.

Then, quite out of left field Plumose Pappus, rather startlingly, started to … well … err, rap? This, I’m assured, is not the typical milieu of a whiter-than-white, masters educated, homeboy and I couldn’t quite take him seriously when he referred to leafy, upscale and distinctly “boujie” Jesmond as his ‘hood, but I have to admit his “rap flow” was pretty smooth.

We decided there was probably a niche in the market for a polite, mild mannered, middle-class, English rapper you could take home to meet your parents, although I wasn’t certain there was much gold to mine complaining about a lack of vegan options on menu’s, or rapping about non-dairy milk products, artisan coffee’s, or the late delivery of organic avocadoes to Waitrose.

Perhaps, like a mayfly, Plumose Pappus the Rapper, burned brightly, but briefly, just for that one, single ride and died a glorious death. Well, if we’re lucky, anyway.

At the café I went for a new Cherry and Almond loaf, which proved filling, but dull and even very careful scrutiny by the Ticker failed to reveal any actual cherries. Brassneck went for the delightful sounding Sicilian Lemon cake, which unfortunately was almost as dull. Meanwhile, James III and Captain Black went for the Mint Aero traybake, which not only seemed a better choice, but gave James III the opportunity to crow that he had two balls, while Captain Black only had one.

Luckily, James III’s attention was drawn away by a strange ringtone emanating from where the bikes were parked and he went to investigate, before returning to tell Mini Miss that her “Wahoo was wringing.” At least I think that’s what he said.

Meanwhile we learned that would-be rapper Plumose Pappus came in from work every evening and felt the need to immediately take a little nap. He definitely wasn’t living up to his bad boy image. Perhaps in an attempt to give his napping habit a bit of edge, he admitted his dog often joined him in bed, but I thought, no matter what slant he tried to put on it his “brand” was irrevocably damaged by these revelations.

A sudden rain shower hastened our departure and looked like being prolonged, so I left the group to route through Ponteland, finding myself amongst a trail of Cyclone riders, a few of whom were soaked through, miserable and pleased when I could tell them they only had a few kilometres left to go. Then once again I was retracing our earlier route, turning off opposite the Twin Farms to find my way down to the river and home.

Two days later, in Sur La Jante Towers, Thing#1 is back from university and has brought a little COVID-19 visitor with her. Now I can hear the ghost of Ian Curtis warming up in the background as the whole family embark on an enforced period of isolation. So no leaving the house for 10-days, not even for exercise, no commute’s to work, no running and definitely no club ride for me next weekend.

Oh well, see you on the other side.